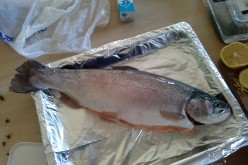 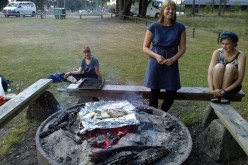 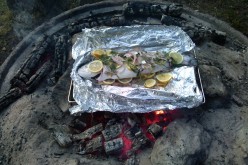 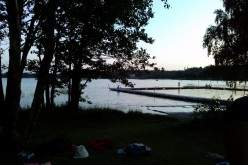 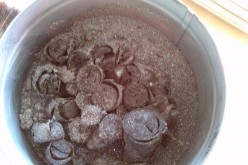 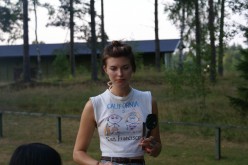 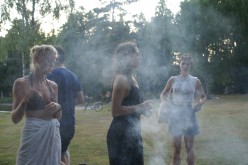 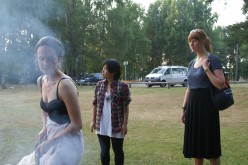 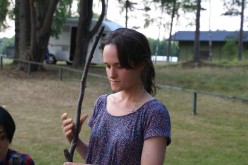 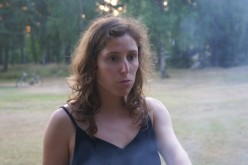 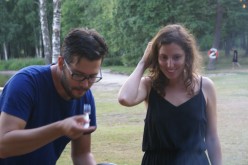 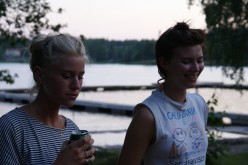 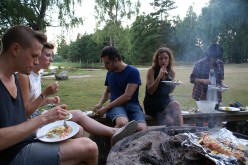 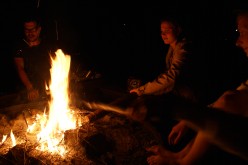 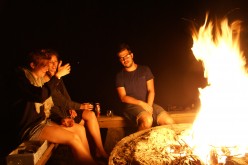 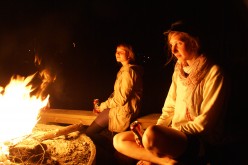 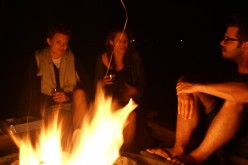 On Friday we drove to Tiraholm, which we previously visited on Bolmansdagen, to buy a salmon. He weighed 2kg – enough for the gang. On the way home from Tiraholm we saw a moose! It was very exciting, 7 people in the minivan yelling ‘STOP THE CARRRR! I SAW A MOOOOOOSE!’. After three round trips on this one road every one had eventually seen the moose.

We bought some beers and made a delicious potato salad and some home made bread to go with the fish. Using the camp fire by the lake we built up a good cooking fire and (after a swim) it was soon time to cook the salmon! We stuffed him with dill, lemon and red onion and drizzled some olive oil. Very simple. It was an excellent dinner! We stayed very late by the lake and on the walk home saw shooting stars!

The last photograph in this gallery is of some home made charcoal made by Lotte, she used sticks from near an Iron Age burial site nearby and made charcoal using a tin and some sand within the camp fire. It was pretty impressive!